David is known for defeating Goliath with just a slingshot. At a young age, he was anointed King of Israel by prophet Samuel. God described David as a man after his own heart. David wrote most parts of the book of Psalms.

David belongs to the tribe of Judah, one of Jacob's 12 sons. Judah had two sons by his daughter-in-law Tamar-Perez and Zerah. Perez had three sons: Jehrameel, Ram and Caleb. David came from the lineage of Ram. 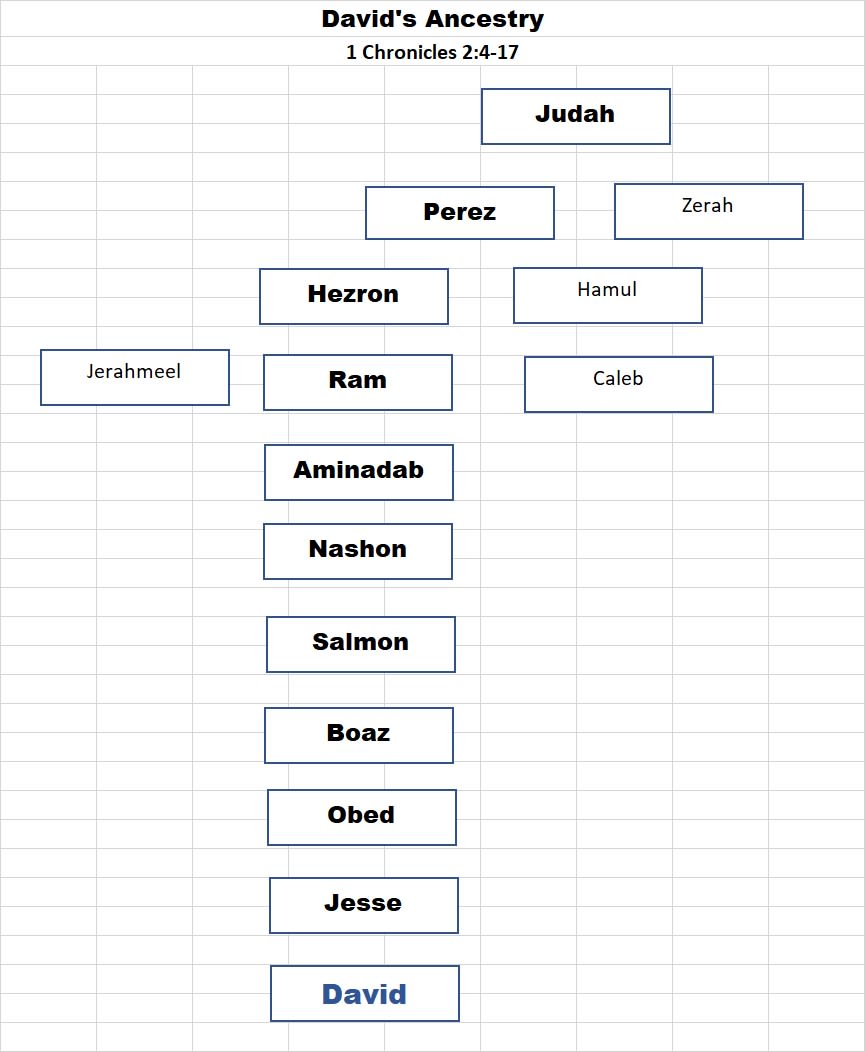 David is the great grandson of Ruth and Boaz. Ruth, a Moabite woman, is the daughter-in-law of Naomi. 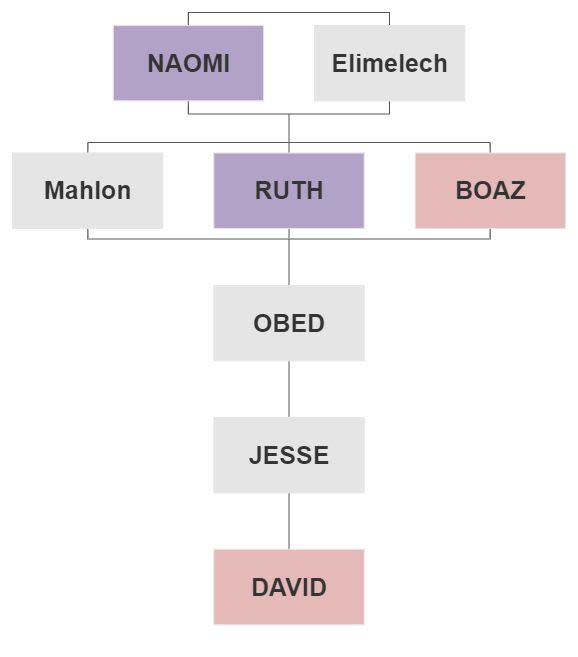